For such a funny and tiny word, it held so much power. It made millionaires out of some people while it starved others. It started and ended wars. It even made some countries rich while it held others hostage. When it was gone, civilization dried up with it.

We thought the oil crisis of the nineteen eighties was bad. Compared to this it was a minor inconvenience. The last two countries on Earth to have derricks producing oil were Iraq and Saudi Arabia. These two countries became the hottest properties on Earth. Millions of people died trying to hold these zones against numerous enemies. All of this occurred so someone could control the market on a gooey, sticky, black substance that took millions of years to create.

Hubbert's Peak
Posted by Unknown at 1:28 PM No comments:

My last day on Earth. Please let my last day on Earth please Allah. I have nothing left to live for. So I give my life for Allah and the al Qaeda. My family perished at the hands of a faceless and godless government. Now I am alone save for my new brothers.

Yesterday I received my final instructions. Drive the van to 26 Federal Plaza. Park as close as you can to the building. Wait for the end of the work day. (This way the streets will be full of cattle unaware of their imminent slaughter.) Detonate the explosives. Get busy with my 72 virgins. Man, they better be right about the virgins.

Read more...
http://ithappenedatsunset.blogspot.com/2008/06/sunset-survivors-3.html
Posted by Unknown at 6:28 AM No comments:

I can’t believe this is happening, Stan thought. I have never been an overly lucky guy but this is ridiculous.

Stanley Eugene Howard was the senior programmer at a prestigious software company located in Northern Phoenix. He had driven up to Las Vegas the night before. It was a long drive but Stan found it very relaxing. He could not relax at work. His boss was an asshole and was always on Stan’s back. Stan could not possibly work any harder or any more hours than he already was. This vacation was a way to blow off some steam before returning to the rat race in a few days.

Read more... http://ithappenedatsunset.blogspot.com/2008/06/sunset-survivors_17.html
Posted by Unknown at 7:47 AM No comments:

Read more... http://ithappenedatsunset.blogspot.com/2008/06/sunset-survivors.html
Posted by Unknown at 8:45 AM No comments:

Follow the path of three different men in three different cities as they deal with the end of civilization as we know it. In a matter of hours, ninety eight percent of the Earth’s population was exterminated. Forty eight hours later, the dead have disappeared.
For the survivors, existence has become a massive struggle. However, survival becomes much more difficult after……

Sunset
Posted by Unknown at 12:23 PM No comments: 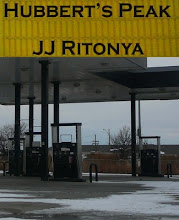 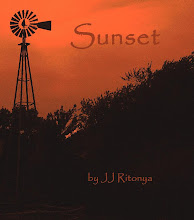